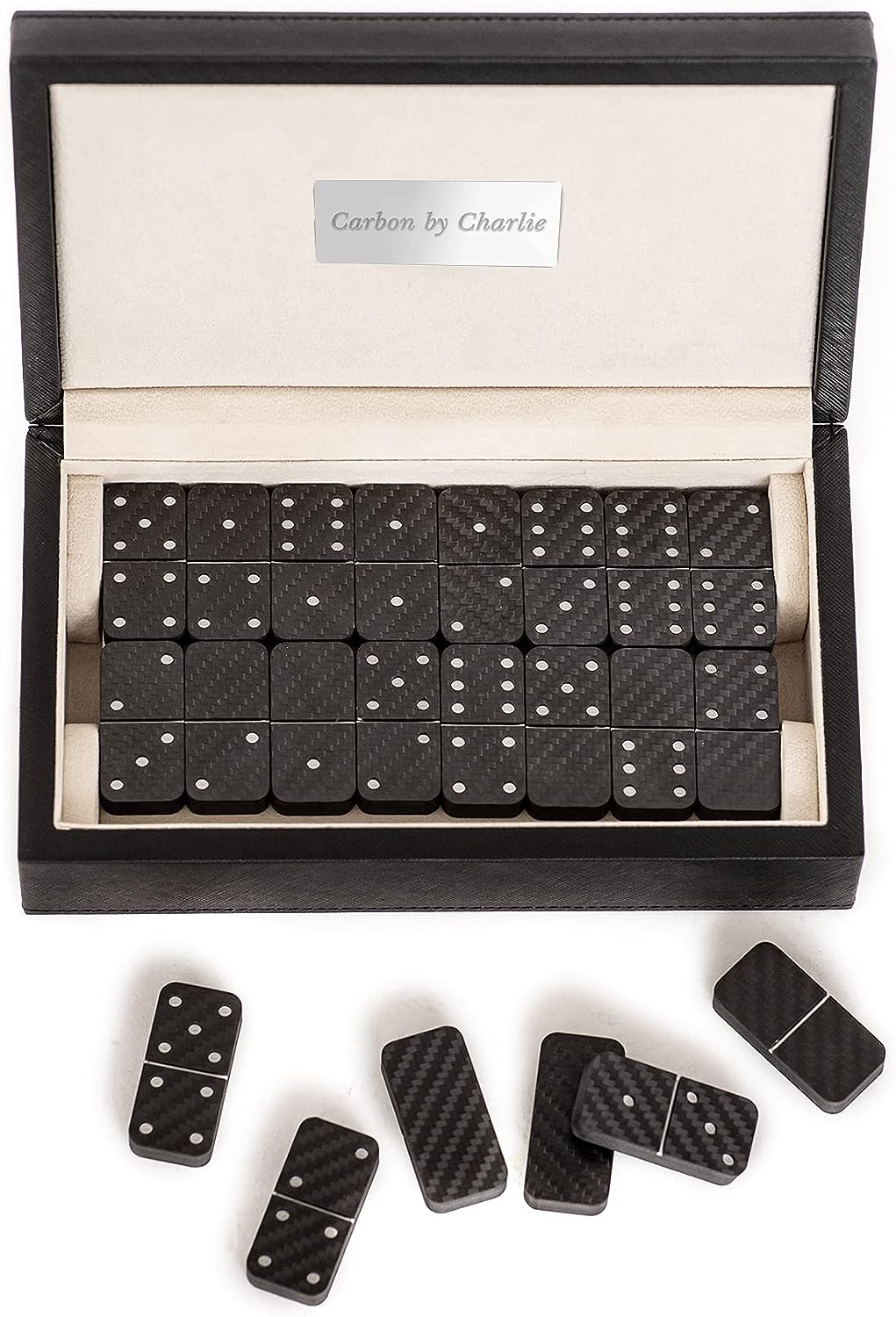 Durable Black Leatherette Case â Comes in a stylish and durable box. Easy to carry anywhere. Each layer is separated by a thick and smooth felt separator.

The game is suitable for adults and can be played by 2 to 4 players.

Play with your friends, family on holidays and have a great time.

The carbon fiber material gives it a classic and premium look, making the game even more fun and professional-looking.

TERMS: Each domino (also called a tile or bone) is divided into two parts,

called ends. The dots on the tiles are called pips. If a domino end has no pips

than it is considered blank. If both ends of the tile have the same number of pips,

it is called a double

OBJECT: Be the first player to score 100 or more points

SHUFFLING: Before every domino game, the tiles are placed face down on the

playing surface and shuffled to form a boneyard, from which players will draw.