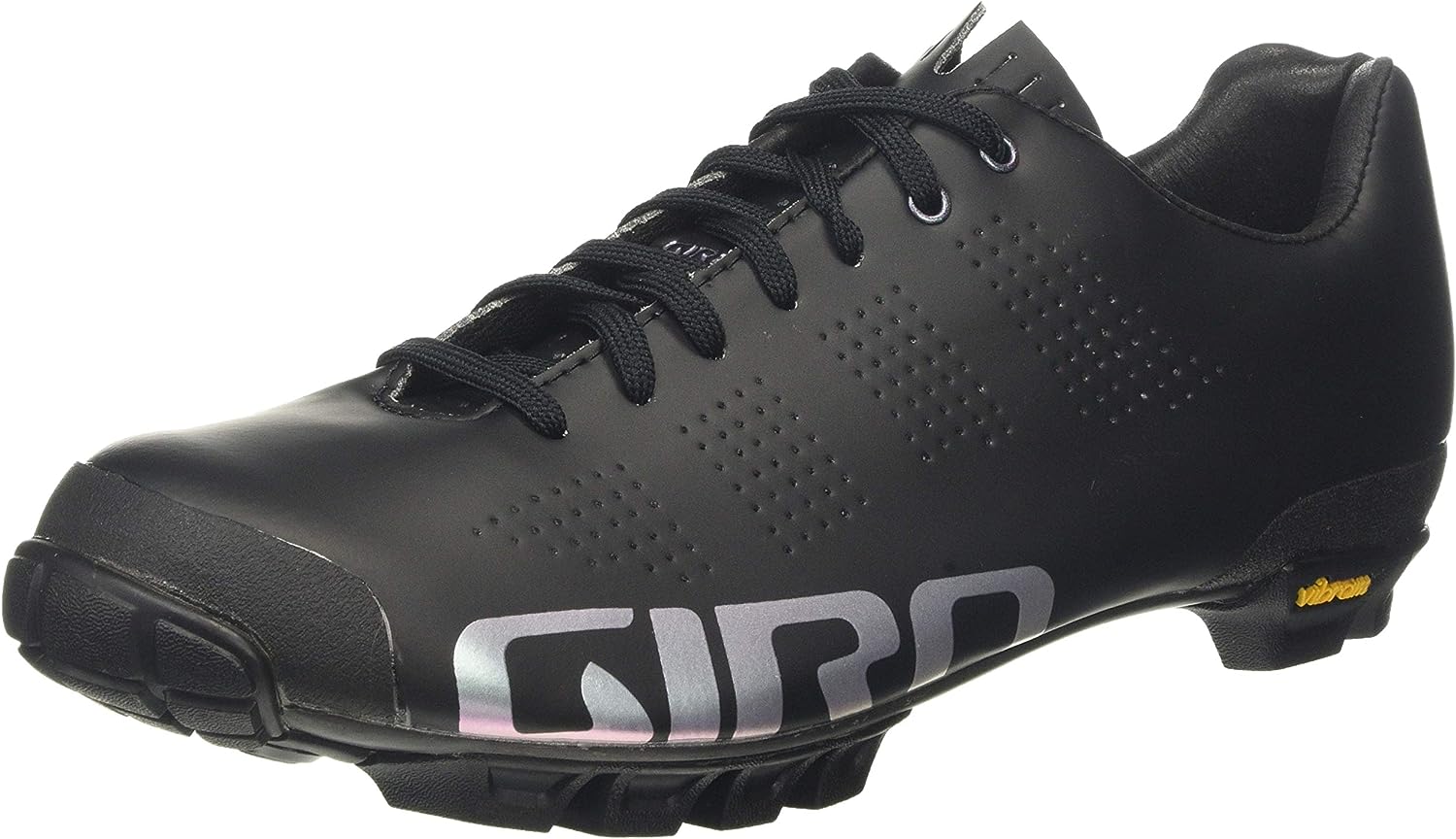 You may spend the majority of your ride time on singletrack, but unlike a lot of your fellow dirt hounds, you're riding for time on both the up and the down. Whether the speed and technique required on the 'cross circuit keeps you training every night after work, or you prefer the speed of XC, trust the Giro Women's Empire W VR90 Shoe to deliver power to the pedals times and time again. The Empire's elegant silhouette has been beyond reproach, in our minds, since Giro first introduced it, and the VR90 continues the legacy of clean lines and impeccable fit, adapted to the rigors of trail life. Giro crafts each VR90 with an entirely one-piece Teijin microfiber upper, eliminating stitching, seaming, and overlays to leave you with lightweight support around the rolling contours of your feet. More breathable and weather-resistant than leather, synthetic Teijin microfiber molds around your feet much like its natural cousin. Use the lace-up design to make infinite adjustments in width and tightness along the length of your toes and instep to achieve a secure fit without the burden of hot spots distracting you from flyovers and technical rock gardens. When you're throwing all of your energy into the pedals to keep speed heading into a grueling climb, count on the Easton EC90 carbon fiber outsole to consistently deliver your watts to the pedals each time you turn them. The soles accommodate spikes for added traction on slick, muddy race days, and Giro subtly adds Vibram rubber lugs to the bottoms to make sure you can run your bike through sand pits as confidently as you ride it. Underneath your arch, Giro's Super Natural Fit kit gives you the option to swap out arch support until you find what's right for you, ensuring your foot's mechanics don't hinder your ride from inside your shoe.